“Can you tell us why you signed up for today’s race?” the reporter asks during a running race. Runners say: “I want to win over myself. I want to show everyone, that I can do it! Today I run 10 km, but next time I will run the marathon. “And you, Mrs. Horakova, why are you running? “ Because I want to be alone” would be my answer.

Originally I thought I was going to write a very motivational article about how I started running and how I joined the race. That I am going to supply you with amazing advice about how to eat before and after a race. And eventually, I will dazzle my running achievements. You can find so many articles about it on the Internet. If I will write about it, l will lie to you. I will not lie only to you but also to myself. So if you expect to learn how to become a runner, you should probably stop reading. It would be a waste of your time. But this article will be about something else. My article is about the joy.

I ‘M JUS RUNNING FROM A PURE JOY FROM RUNNING! 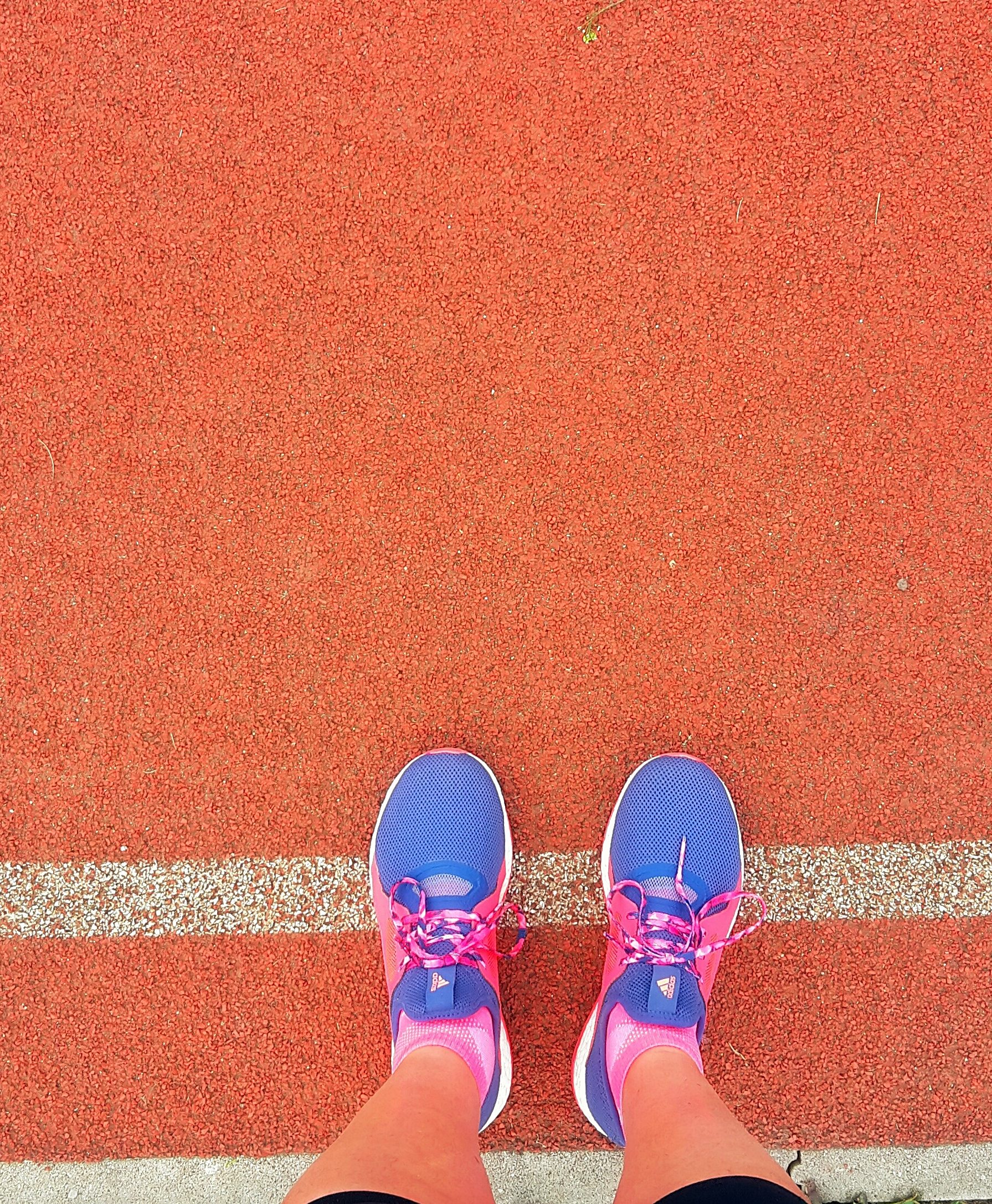 Yes, you can also enjoy running. I would not believe it until I have experienced it myself. I’m running a bit differently. I don´t want to run the marathon. I don´t want to be the first, who will finish the race. I did not run any big distance. But the truth is that the way as I do it, I enjoy it. I have a lot of friends who do not run because they ran out, but started to hurt everywhere, so they stopped. I know a lot of the people who signed up for the race, and when they reached their goal, they stopped. But I also know a lot of people who achieve ever higher goals, and I am cheering for them. I honestly admire them. Until now I do not understand Kenyan how they can run so fast. And do you know why they are so successful? Because they enjoy their run. Well, maybe a little bit for the money too.

Well, let’s just pour a glass of pure wine. Why did I start running? I wanted to be alone. I wanted to be with myself. Whoever who has a family will understand me. Sometimes it’s just not enough to close yourself in some free room or go with friends for a coffee.  I just wanted to be alone and to think about different things. Maybe you’re arguing that it is impossible to think during running? Trust me, yes “YOU CAN”. Most importantly, I always return home with a clean head. I basically run outside.

SINCERELY, THE BEGINNINGS WERE VERY DIFFICULT.

Sincerely, the beginnings were very difficult. I thought I was going to die. I was wondering how many people were running. I did not work out or run for almost all my life. The first I could not run because of a heart surgery and then it became a one big excuse. So my first run in my life took place at my age of 39. I even have it recorded in Endomundo. I do not count how many times I ran out of the house and came back home in five minutes, this is not running for me. My first real run took place on February 22, 2016. Mad isn’t it? But I ran out right. I did not make any big mistake as many other people. They run very fast. And as fast as they start, they end. I started with run-walk method. Well, I gradually added more run until one day I ran continuously. No break.

And do you know why I enjoy it? I run for the pure, absolute joy. Many athletes advise us to run without headphones. They say: Don´t listen to music during running.  I cannot do it. The music motivates me to run.

I always make a playlist which holds me during the whole run. Well, I’m even singing during the run. Sometimes  happens that people smile at me. I have read that when you run, you should be able to speak with somebody else.  Well, I like running alone, but I sing. Believe me, it’s a pretty hard when you sing a song “Somebody to Love” from Queen and you must sing a choir and you are running uphill.

Here are my favorite songs for running. Let yourself be inspired:

Somebody to love – Queen

Come Get it Bae – Pharell Williams

You and your heart – Jack Johnson

I choose you – Sara Bareilles

Still the One – Ingrid Michaelson

It’s quite a different experience to run with the crowd in the running races than somewhere on the forest path. My first race was on my 40th birthday. Someone at this age is at the top of her running career, I was at the beginning. I decided to celebrate my birthday and why not with the running crowd. I think it is a really big party. I chose “Adidas run for women”. It was very symbolic.

I have a lot of ridiculous stories from this day. It started when we started to line up, and I realized that something must be wrong. I do not know what I fill in a form on the internet, but I was suddenly among the best runners at the front. I saw Kenyan ladies too. I tried to explain to the organizers that I did probably a mistake. They convinced me that I was right where I was meant to be.

Suddenly I started to the panic that I could not do it, and I was very thirsty. I never had such drought in my mouth in my live.. How I said I was very thirsty. I waved to my brother if he can send me some water.  He thought that I am only waving, so he wave back.  Luckily, later he understood me and passed me some water. I thought that my daughter might be proud of me because what I did. I love how the children are honest. “Mommy it does not mind when you are the penultimate. If you were the last one, it would probably be embarrassing.” When the shot sounded and the whole crowd started to run, all the feelings began to mix up. I felt hopelessness, happiness, and pride.

That day was very hot. Usually it is cloudy or a pretty heavy rain in September time. But not this time. I would never believe it, how hot was the ground. It was so hot that a few people collapsed. I wanted to have some amazing running photo.  My only professional photo is when I look at collapsed lady. It is funny, but I only slowed my run during this time. Then all the feelings mixed in me. I saw myself collapsed on the ground too. I’ve already seen a helicopter take me to the hospital. I saw the headlines in the news “A 40-year-old woman collapsed during her first running race.” Fortunately, nothing like that happened.

As I approached the target, I finally saw my family. I honestly had no power to call them or wave to them. Luckily, they noticed me too. I had a better time than I expected.  It was not an amazing time.  I run much shorter time than I was used to running. Yuppi!

However, I’ll tell you this. It’s a wonderful feeling when you run through a blue winning carpet. I do not know better feelings from the sport. And you know, it’s amazing when someone comes to cheer, when people scream and applaud you. And it’s very nice from strangers. I was totally moved by it. I remember an old man in a suit with a blue bow tie standing on Pařížská Street and he applauded all. I imagine it is the same applauding as people who are in the opera. It’s also good when everybody get a finisher medal.

As I say, I run for joy. If you are not a fan of a big racing, try at least a run race called “The Color Run“. You can find these colorful races a lot in the world. I ran this one. You do not run on time. This is the happiest 5 km in the world.

You are not running all the time. It’s a big fun. The creators of this run say that you can creep. On four different stops they will spray different colors on you. Don’t be afraid, at the end of the day, they will blow everything out again.

You can run with children if you think that you cannot make long distances. In the Czech Republic is very famous DM Run Czech. It is a 3km long run. Everybody can run 3 km. You can show children the city from another perspective. Don’t worry about it. Some moms with a stroller are also running/walking. Once I even saw a lady who had a child in a scarf and ran barefoot. I am not sure if it is the best example.

Just simply run. You are not risking anything. Run in the way you were born. As I say: ”I’m running because it’s good for me. I like eating.  And I also like drinking. A lot. :-)”

Welcome to my colorful inspirational blog. I’m glad you’re here. I hope that I will inspire you to visit new places, get to know the romantic corners of Prague or the magical places of the Czech Republic, go with me for gastronomic experiences and, most importantly, start doing things you only dreamed of. ♥

MY DATE WITH THE WORLD

Discover with me the world as you don’t know it. I love airports! You may recall the opening scene from the film A Novel for Women, when Zuzana Konócz introduces her mother Simona Stašová: “My mother loved airports. As soon as she enters the airport hall, she starts thinking in English, but with a Czech passport.” That’s exactly me. :-))

MY BLOG IN THE MAGAZINE 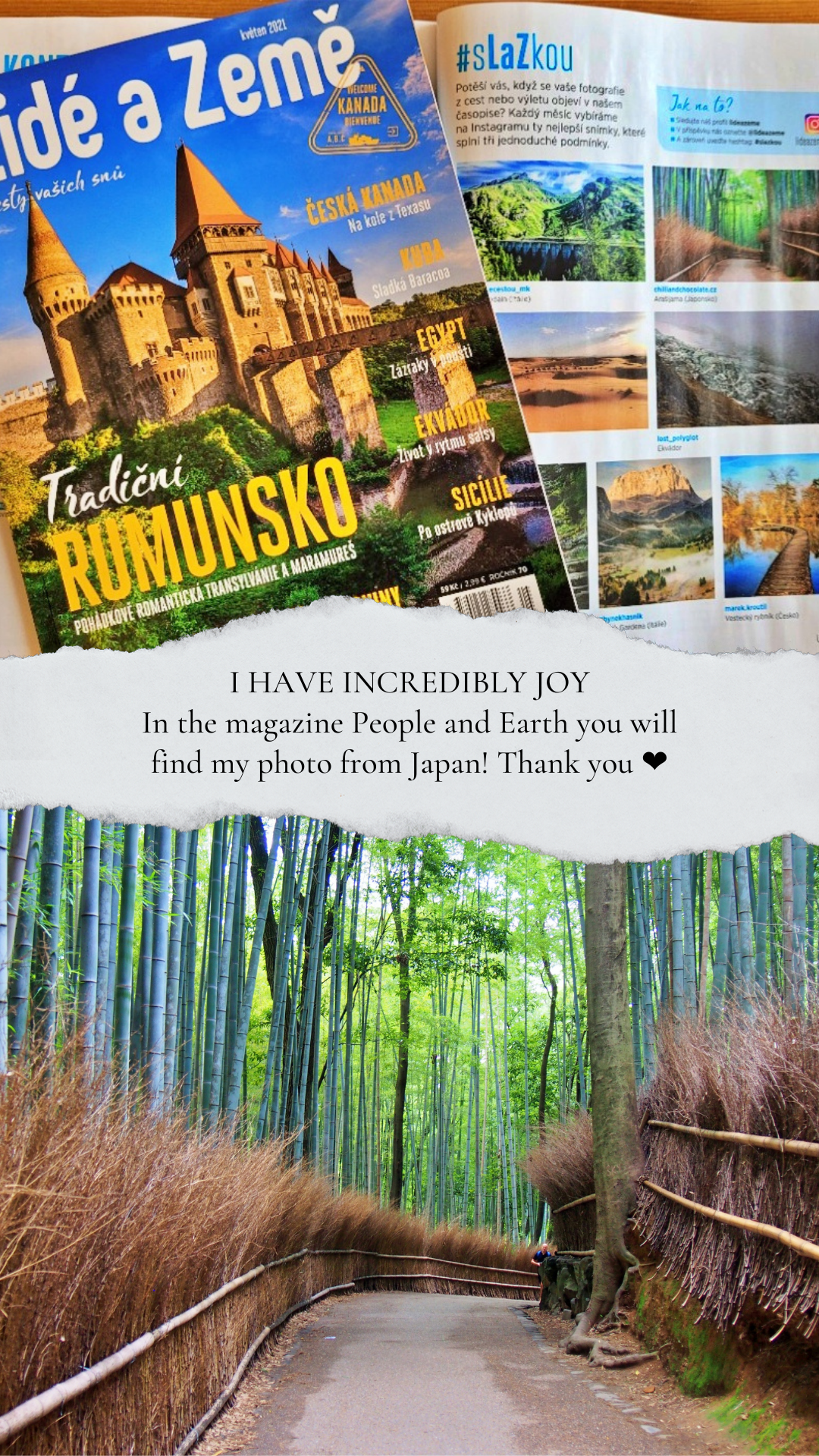